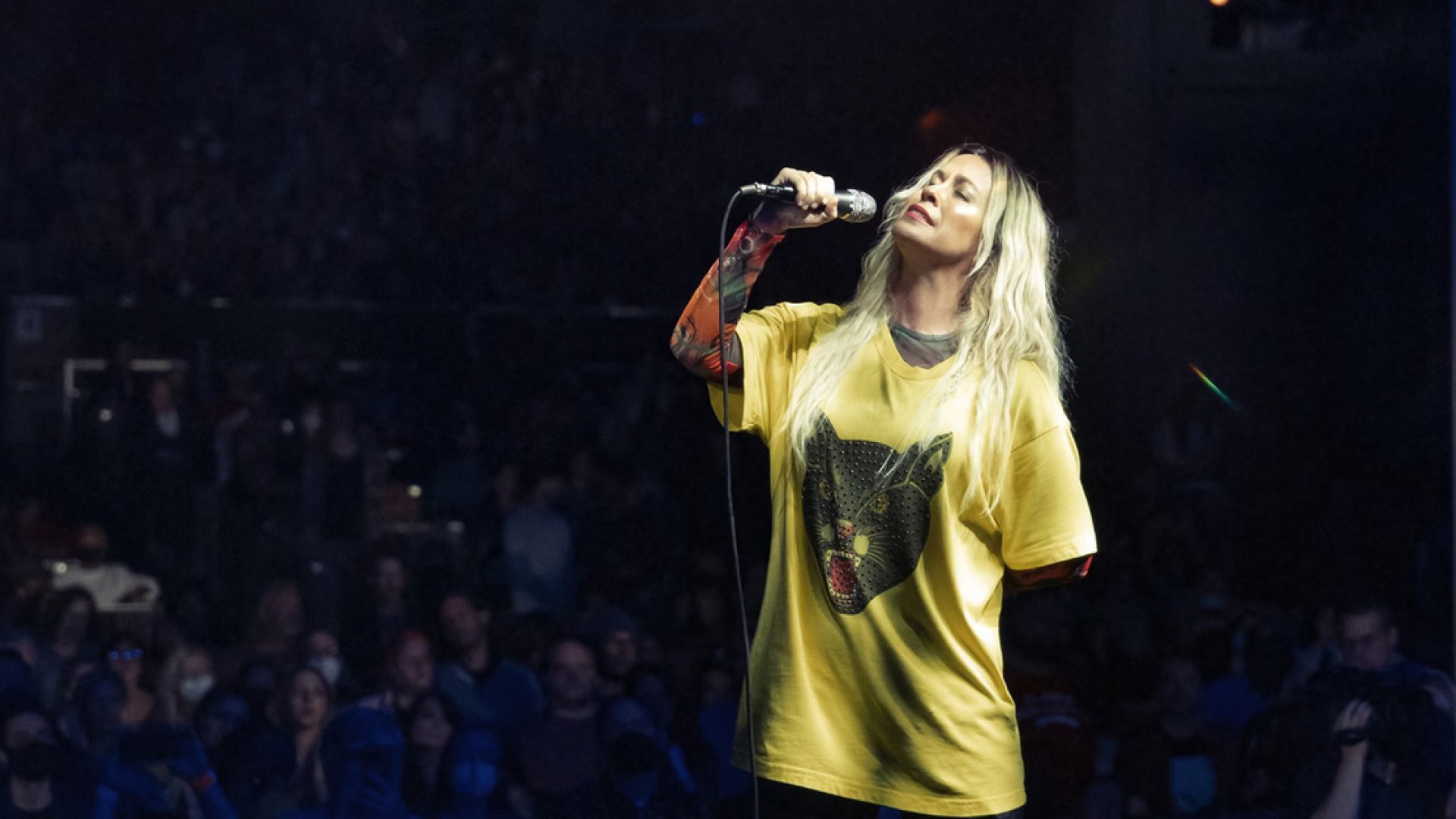 Since 1995, Alanis Morissette has been one of the most influential singer-songwriter-musicians in contemporary music. Her deeply expressive music and performances have earned vast critical praise and seven Grammy awards. Morissette’s 1995 debut, JAGGED LITTLE PILL, was followed by nine more eclectic and acclaimed albums. She has contributed musically to theatrical releases and has acted on the big and small screen. Outside of entertainment, she is an avid supporter of female empowerment, as well as spiritual, psychological and physical wellness. In 2001, Alanis was awarded the Global Tolerance Award by the Friends of the United Nations for her contributions to promoting tolerance through the arts.

In 2016, Alanis launched Conversation with Alanis Morissette, a monthly podcast that features conversations with a variety of revered authors, doctors, educators, and therapists, covering a wide range of psychosocial topics extending from spirituality to developmentalism to art. On December 5, 2019, JAGGED LITTLE PILL the musical made its Broadway debut at the Broadhurst Theatre in New York City. The show was nominated for fifteen Tony Awards and won 2 Tony Awards at the 2021 ceremony. In July of 2020, Alanis released her ninth studio album, Such Pretty Forks In The Road, to rave reviews. In August of 2021, Alanis kicked off her sold out world tour celebrating 25 years of Jagged Little Pill. The tour became the #1 female-fronted tour from 2021 and also one of the Top Worldwide Tours of 2021 selling over 500,000 tickets. Alanis also stars in Fox’s sitcom, The Great North, which will return for season 3 in 2022. For more information see www.alanis.com.

Iconic alternative rock band Garbage consists of lead singer Shirley Manson, multi-instrumentalists Duke Erikson and Steve Marker and drummer Butch Vig. Garbage have been together as a band for over 25 years, with more than 17 million albums under their belt, multiple Grammy nominations and a James Bond theme song for the film The World is Not Enough. Described as the “alternative to everything” by Pitchfork Magazine, Garbage set up their own, independently-run record label, STUNVOLUME through which they have been releasing their own records since 2012. The band’s latest, ferocious new album No Gods No Masters, released in June of this year, is an ambitious, indignant record – overtly socio/ political in tone – touching on themes ranging from global unrest, encroaching climate change, the Black Lives Matter movement, sexism and misogyny. According to music critics all over the globe, they have made the perfect record to articulate these strange and chaotic times. Enjoying a career of nearly 30 years and counting, garbage remain one of the most influential bands in alternative rock and one of the most respected live bands of their generation.